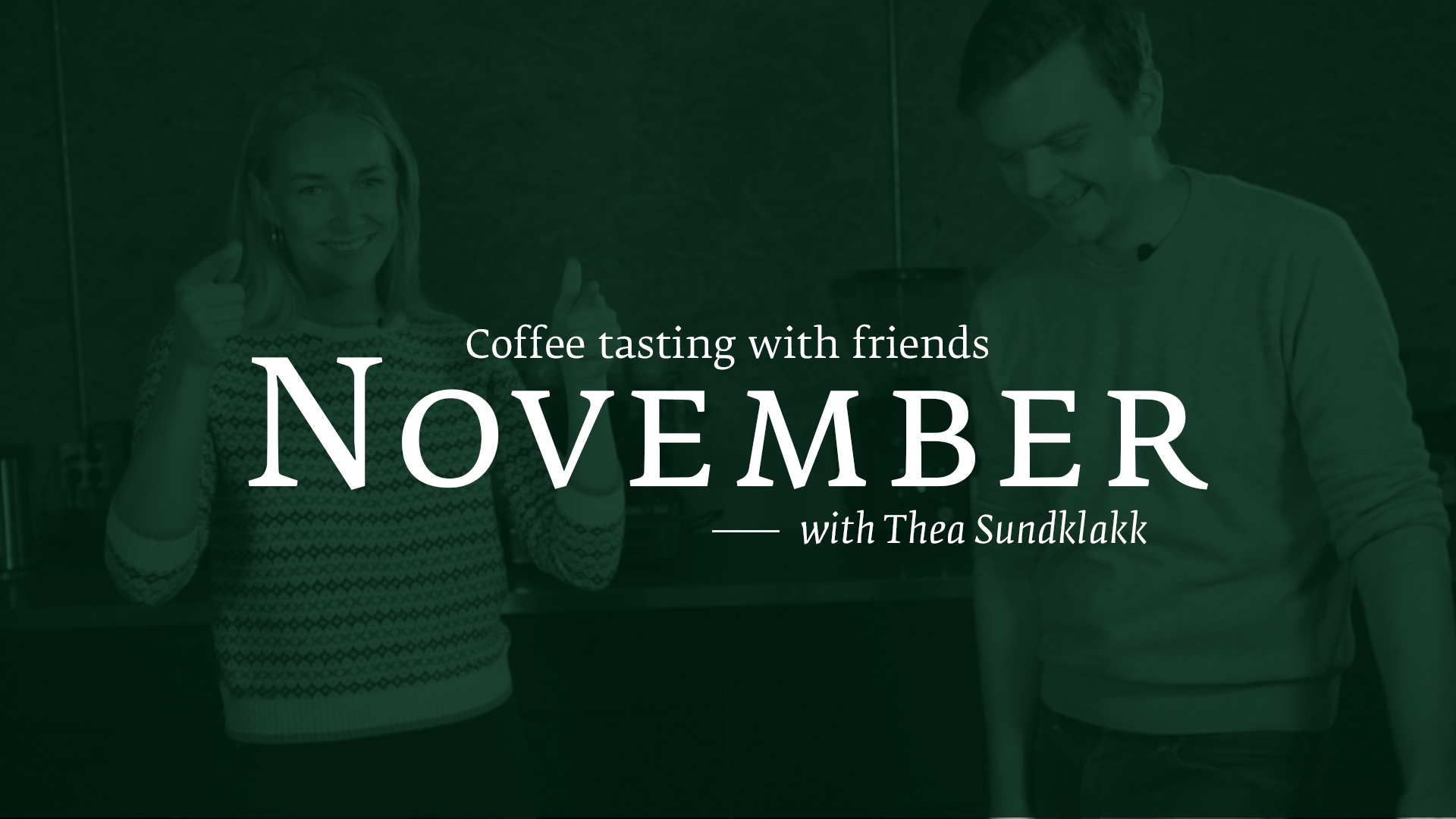 In this month’s episode of Coffee Subscription Tasting with Friends, I’m joined by Thea Sundklakk, one of our baristas from the beautiful islands of Lofoten up north. Join us to find out things like: 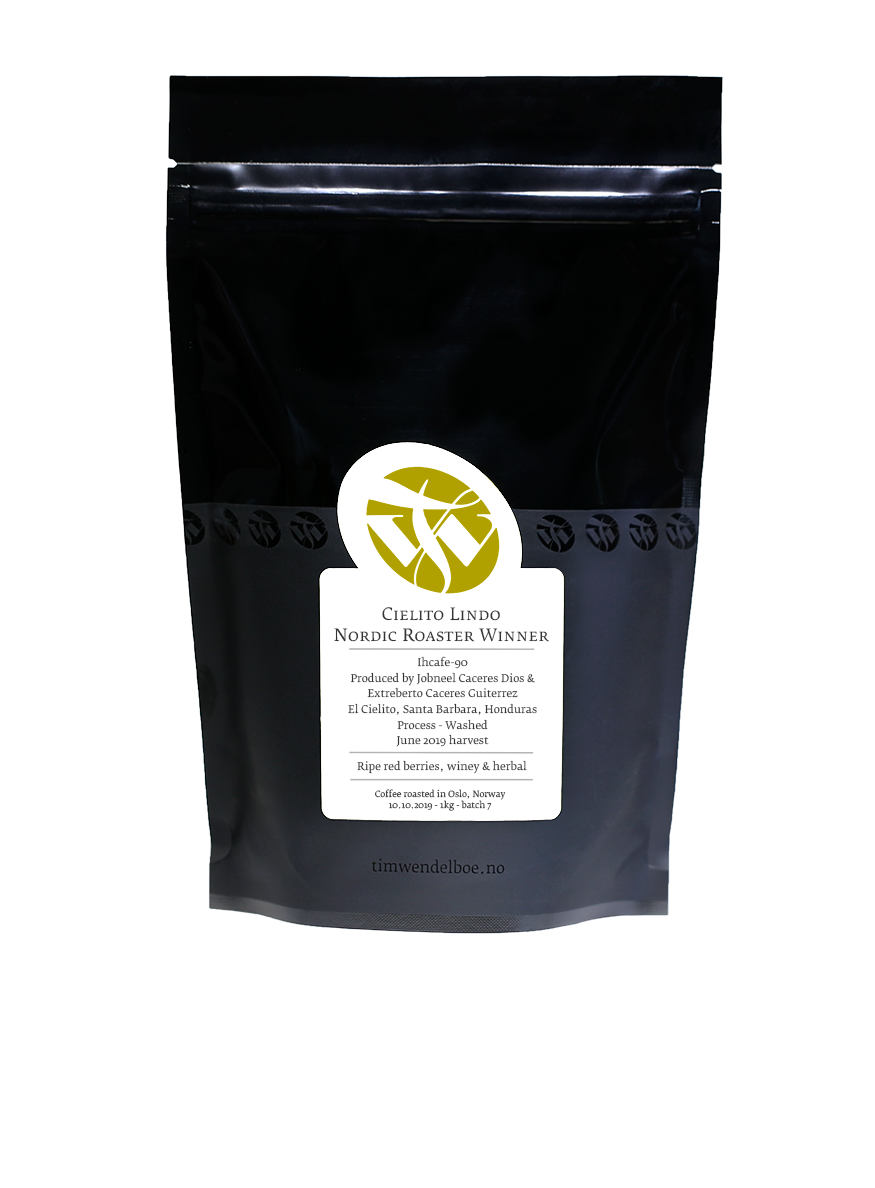 This is the coffee we competed with in the 2019 Nordic Roaster Competition that helped us win both the «Leaf rust resistant hybrid cultivar» category and the overall competition.

Cielito Lindo is a small parcel of land owned by Extreberto Caceres Gutierrez, who is the father of Jobneel Caceres Dios (the owner of Finca Nacimiento). It is situated at the very top of the Cielito branch of the Santa Barbara mountain, above Jobneel’s farm Nacimiento.  The only way to enter the farm is by walking up extremely steep trails that lead to the top of the mountain and you have to use donkeys or mules to transport the coffee down to the wet mill in order to get it processed and dried. In recent years, it has become harder for Extreberto to take care of his own farm as he is now well above 80 years old.  Therefore Jobneel is now taking care of the hard work on the farm while Extreberto is helping out with other tasks like drying and sorting the coffees. We actually bought coffee from Extreberto for the first time in 2008 at the Cup of Excellence. I really loved his fruity coffee and was shocked when I found out that it came from a Catimor cultivar. I liked the coffee so much that I decided to visit the farm in 2009 to see if we could start buying directly from Extreberto. My intention was to visit Extreberto but I was met by his son Jobneel instead and that was the start of a long relationship and the work we have done together over the last decade.

We normally don’t get our hands on the coffee from Cielito Lindo for two reasons. Extreberto likes to submit his coffee to the Cup of Excellence which has resulted in many good placements in the competition and also great prices. The coffee is also harvested really late in the year due to the high altitude and slow ripening and we normally have shipped our coffees from Nacimiento before the coffee from Cielito is dried and ready for export. But this year we were able to do a late shipment of this particular coffee and we are so thrilled to be able to send it out to all our subscribers.

There are two cultivars growing on Cielito Lindo; Pacas and Ihcafe 90.

Normally Jobneel and Extreberto will pick and process these cultivars mixed together, but this year we asked them to separate the Ihcafe 90 for us so that we could compete with it in the competition in the «Leaf rust resistant hybrid cultivar» category. Unfortunately we have been made aware that this is no longer considered a resistant cultivar, but because this information was given to the Nordic Roaster Committee at a very late stage, we were allowed to enter with the coffee for this competition. 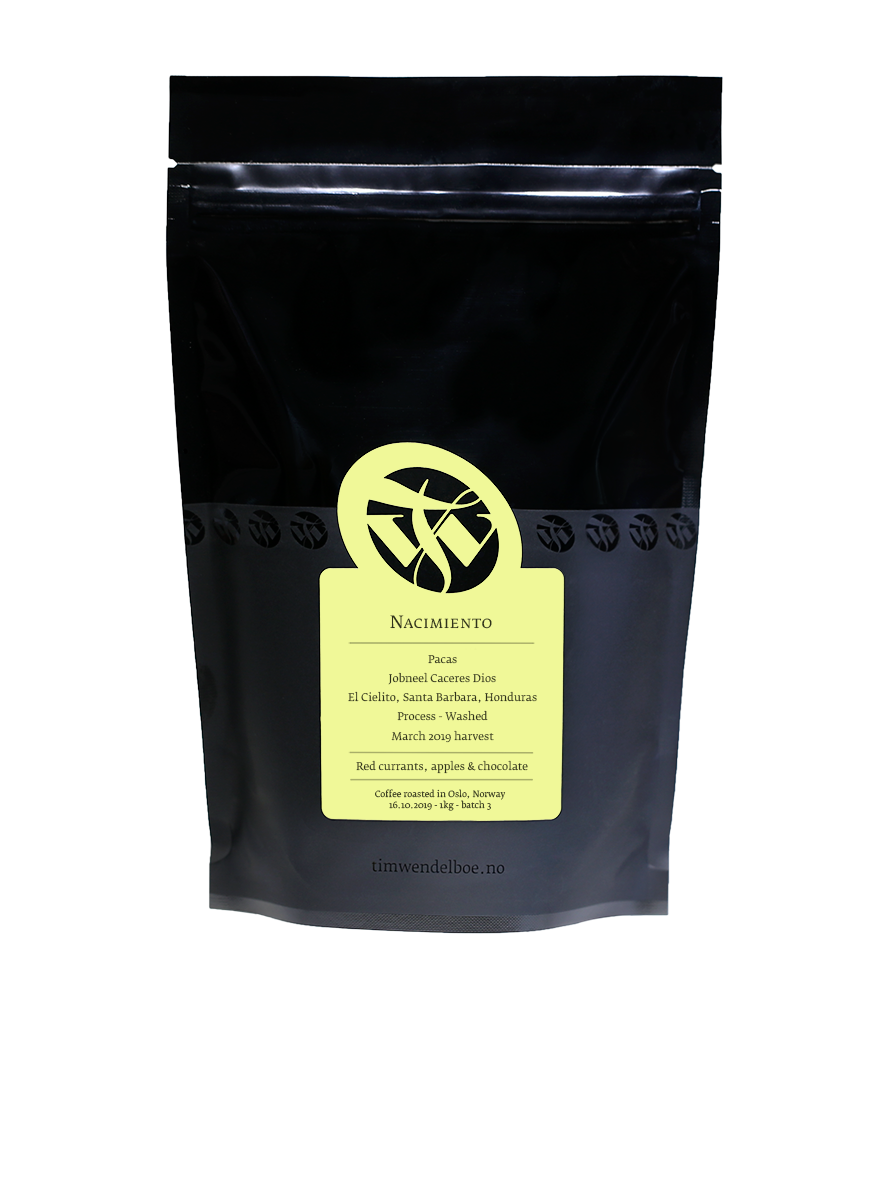 Nacimiento is a small farm owned and run by Mr. Jobneel Caceres Dios and his wife Fany. The farm is situated at the top of the El Cielito branch of the Santa Barbara mountain in Honduras. The high altitude and moist, cool climate makes this one of the most unique areas for growing coffees in Honduras. We always separate Jobneel’s coffees by both cultivars and picking date in order to make sure we keep the best lots separate from each other. Also the harvest period starts in January and continues throughout June and if we mixed an early picking with a later one we would risk the coffees ageing (tasting woody) faster. Instead we work under the principle first in-first out. This particular lot is an early picking from the lower part of Nacimiento (1500 masl – 1600 masl). Normally the early pickings are not as intense as the later ones, but I do find this Pacas lot to have a very nice fruitiness with some herbal character to it, almost like the red berries you can find here in Norway. 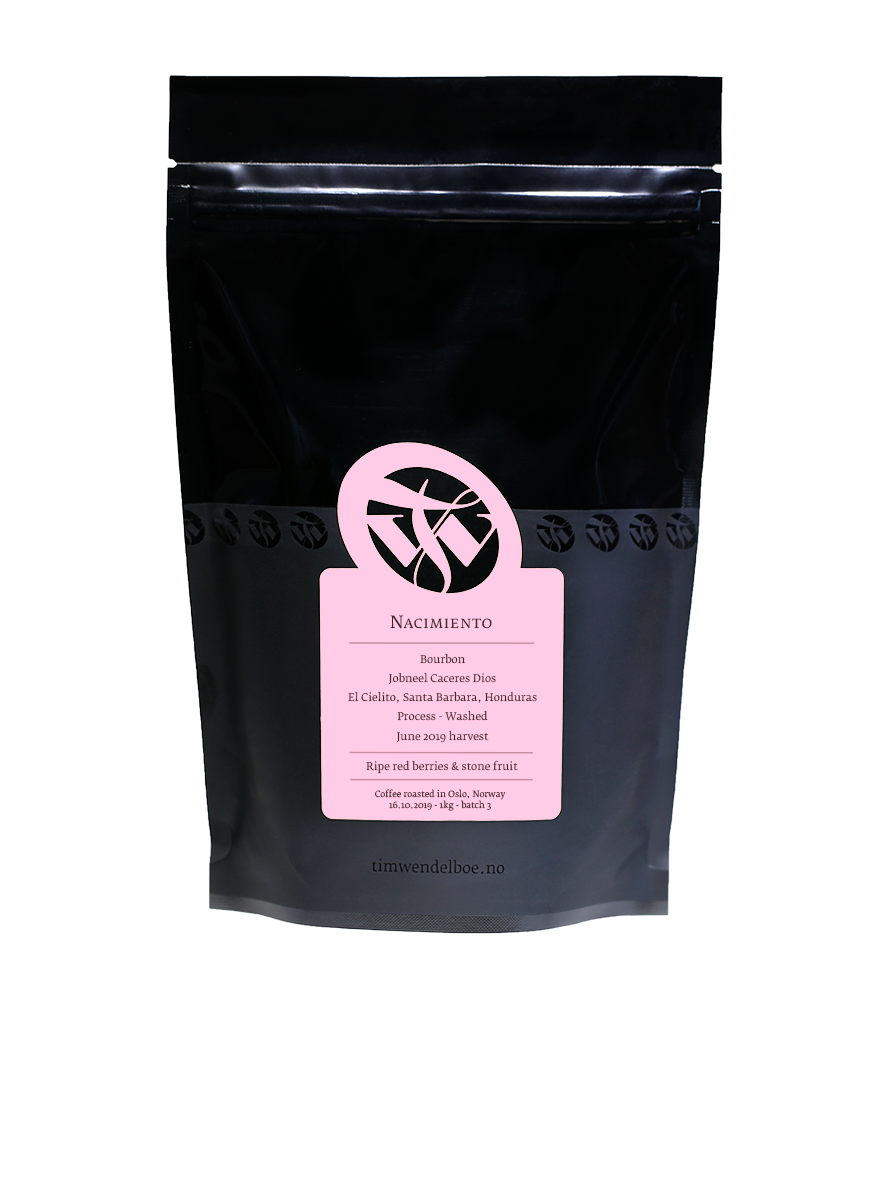 Last year, Jobneel stumped most of his old Bourbon trees in order to renew his trees (they grow back and produce more, so this is done every 5-7 years.) This is why there was very little Bourbon produced on his farm this year, but still we managed to buy a small lot. This coffee is from quite old Bourbon trees and it has consistently been one of the best tasting coffees from Nacimiento (and one of my all time favourite coffees.)  It has a typical fruitiness you can find in the best Bourbon coffees from Central-America, with loads of very ripe red berry flavours with hints of stone fruit and mango.