In 2020 our dear friend, pioneering coffee producer and long term coffee supplier Gilberto Baraona sadly passed away. I have known Gilberto since 2010 after purchasing his coffee for the first time through the Cup of Excellence coffee auction. Although his coffee was not among the top lots that year winning 30th place, it was by far my favourite at the auction, so I decided to bid and ended up buying the lot. A year later I visited don Gilberto on his beautiful farm Los Pirineos situated on top of the Tecapa volcano. We connected immediately and we both agreed that we wanted to work towards the same goal; making his coffee one of the best in El Salvador.

Gilberto was not afraid to go his own ways, always testing out new things on his farm. I loved his positive spirit, and his eagerness to experiment and improve everything on his farm. In the early years when I visited his farm we would focus a lot on discussing and experimenting on how we could improve his production techniques on the wet mill and improving his drying facilities. We were able to raise the quality of his coffees by tweaking both the washing and especially the drying process by introducing raised beds and shade drying. I remember leaving one year hoping Gilberto would invest in 10-20 drying beds so that he could process the small amounts of coffees we bought the way I liked it. The following year when I re-visited his farm, he had made a huge space on his farm where hundreds of drying beds were already full of coffee drying in the sun. It is one of many great examples of how he always went «all in» and was able to think big.

View coffees from his farm 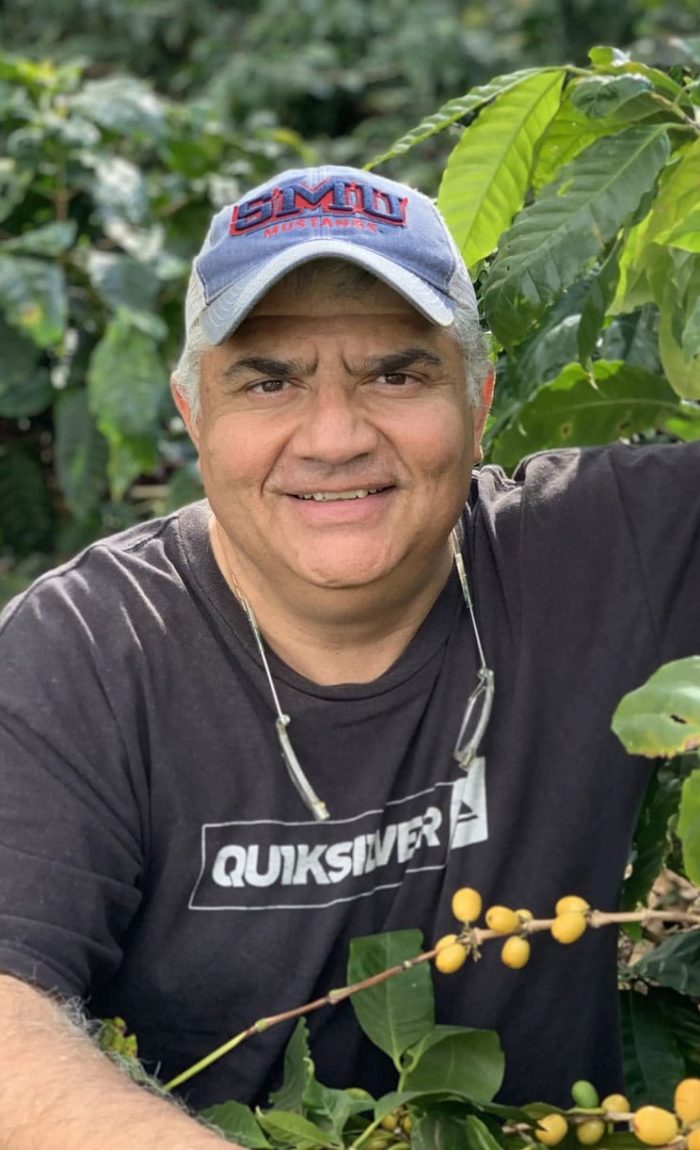 In the later years Gilberto’s big passion was to develop a production of coffee from rare cultivars on his farm. We would exchange seeds and I would also spend days roasting and tasting «nano lots» of coffee harvested from his variety garden, trying to find the best ones for him to plant.

When I visited in February 2020 we were finally able to enjoy, taste and discuss the very first pickings of some of these cultivars after many years of selecting and planting seeds. It was so rewarding to be able to see the fruits of Gilberto’s labour becoming a reality. Gilberto left us too early, but I am happy to know that he was living his dream to the very end. It is also great to know that his son Diego and daughter Fabiola are taking good care of the farm and carrying on Gilberto’s legacy.

Gilberto never lived to see his coffee take 1st place in the Cup of Excellence, but he had a record breaking number of coffees in the auction. In 2019 he was runner up with his beautiful Bourbon Elite coffee. I am certain that due to Gilberto’s visionary work his family will be able to produce the very best coffees from El Salvador and some of the very best in the world. For the past 10 years I have seen Gilberto transform his farm from being an average farm to become one of the most spectacular farms in Central-America. Every year the coffees have improved and today they are showing more character and sweetness in the cup than ever before.

How they work at Los Pirineos

Coffee cherries are de-pulped before they are either semi-washed or honey processed.

After de-pulping the parchment coffee with its mucilage on is sent to a mechanical mucilage remover where about 90% of the mucilage is removed by friction and washed off with clean water. After washing the clean parchment coffee is immediately dried.

After de-pulping the parchment coffee with its mucilage on is either sent directly to the dryers and left to dry with the mucilage on or in some cases some mucilage is removed by a mechanical mucilage remover before the coffee is sent to the drying beds.

All the coffees we buy from Los Pirineos are dried on raised beds covered with shade nets. This prolongs the drying of the coffee and helps improve the shelf life of the coffee as well as giving it a cleaner cup. The coffees are always stored in airtight grain pro bags before they are milled and vacuum packed before shipping to Norway.

X
We use cookies to ensure that we give you the best experience on our website. If you continue to use this site we will assume that you are happy with it.OkTerms & Privacy