A lot of you have probably allready noted that the coffee prices have been rising a lot during the last year. Only a week ago the C-market (based on future contracts on coffee where prices are set by speculation on supply and demand) went over USD 3 per lb (453 g) of green unexported coffee. This is a record high price and compared to last year where the price was more or less around USD 1,30 per lb, a great price for farmers around the world. But with high prices the farmers meet new challenges. 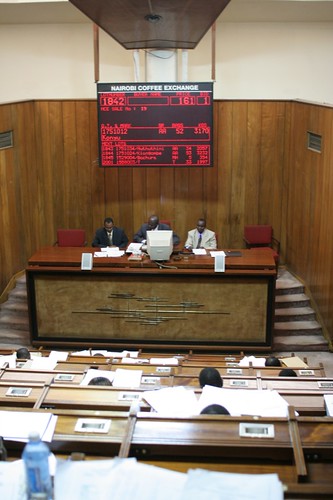 A lot of coffee was being stolen while I was in El Salvador and Honduras this year. Local pickers would raid farms at night and pick all the coffee on the trees and sell the coffee to middlemen. There were also an armed robbery at a cooperative in Santa Ana where 4 persons carrying guns stole a truck full of ready to export coffee. We are talking values at about USD 100.000,- being lost and for a farmer where his / her only income during the year is the one harvest of coffee, it can be devastating.
The solution to the problem is to hire security which will tare on the extra profit the farmers are making on the higher prices.

So as we can see, high prices can also be a headache for a farmer. But this is not what I initially wanted to write about.
One of the reasons for rising prices is not only a growing demand for coffee in countries like India and China (which traditionally are more tea drinkers) We are also seeing coffee producing countries like Brazil where there is a rapidly rising middle class who are consuming more coffee than before.
Add this to climatic changes that has lead to extremely poor growing conditions in Colombia three years in a row and also in several other producing countries such as Kenya where they have had a severe decrease in production for the last 2 years.

In fact during the 2009 /10 crop there was a terrible drought making a lot of the coffee mediocre in quality and the total volume of the crop in Kenya was low. You might have noticed that even though our Tekangu last year was good it was not the same quality as the 2008 / 09 crop. 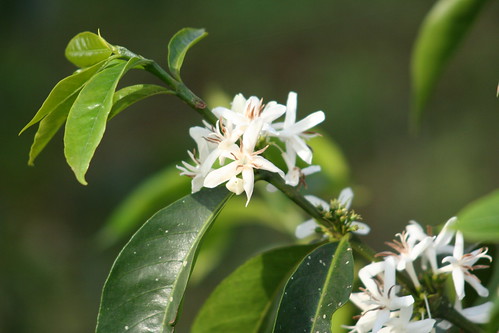 In the recent crop in Kenya there was little rain during the flowering, which lead to an extremely low yield. However there was a lot of rain during the expansion / maturation stage of the coffee cherries producing extremely high quality.
The results of this was that during our visit in kenya in January there was not a lot of coffee to choose from but the quality was very high. Because of this the prices at the Kenyan Coffee Auction went sky high as there is a huge demand for what is considered some of the worlds best coffees. 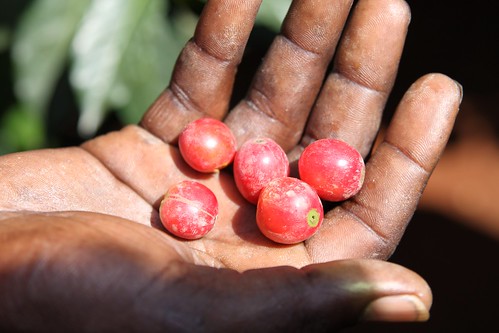 To give you some numbers, in 2010 we payed USD 4,5 to 5 per lb. of unexported coffee, which was then a very high price compared to the Fair trade standard which was about USD 2,20 per lb.
This year we had to pay USD 7,50 per lb. This means the new crop coffees from Kenya that we will start selling this week will be a bit more pricey than last year. Regardless of this we have bought more Kenyan coffee this year as the quality was extremely high and it is our favourite coffees. We feel that if there is any coffee that is worth some extra money, it is the Kenyan coffees as they are extremely intense and characteristic in flavour. Besides, the price per cup is still not very high compared to the price of a beer or a bottle of water. 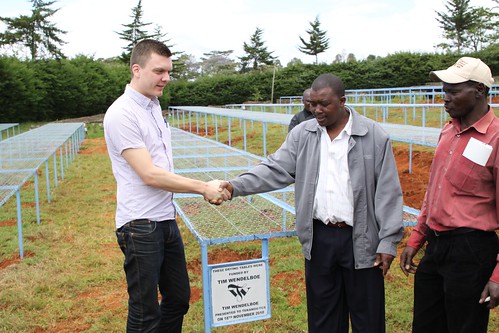 We have bought 3 lots this year. Two of the lots are from the Karogoto factory at the Tekangu Cooperative in Nyeri where we donated 8 steel drying beds in November.
The 2 lots we bought were actualy dried on the new tables and while visiting the cooperative again in January they expressed their gratitude once again and explained that it had made their production a lot easier this year.
The coffee is delicate and floral with a lot of rose hip flavour and crisp acidity.

The other lot is from the Ngaita facory at the Ndumberi cooperative in Kiambu. This is a big juicy coffee with a winey acidity and a lot of black currant and blackberry flavours.

Both the Tekangu and the Ndumberi coffees will be available from Friday the 20th of may and in addition we will soon start roasting one of them as espresso. We just need to do some trials first.

We hope you enjoy the coffees and also hope you will continue to support the Kenyan coffee farmers by continuing to purchase their coffees although the prices are higher this year. 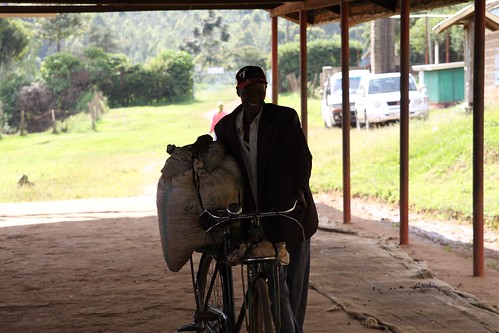 We have just made THE PLEDGE. Will you?